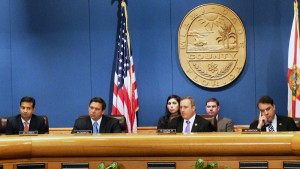 Following the fall of socialism in Eastern Europe, and given its need for international support to continue in power, which is its supreme objective, the Havana regime attempted to deceive the world by trying to make some believe that, in Cuba, they were no longer violating religious liberty as they had before.

The constitutional changes in the beginning of the 1990s, when the State stopped calling itself atheist and instead identified as laïque (secular), and the various papal visits were the main arguments that the same government used to try to call favorable attention to itself.

The truth is that the policies of the highest levels of the central government continue to trample on religious freedom on a daily basis. The Office for Attention to Religious Affairs of the Central Committee of the Cuban Communist Party is the entity, at the very highest power, which dictates all guidelines as far as how to treat each religious group or individual who wants to exercise their faith freely, whatever it is. It would be unbelievable, if it wasn’t already the case that the political monopoly of the Only Party, which is ideologically communist, would have an office dedicated to pressuring, manipulating and blackmailing historically established religious groups, and dedicated to containing, confronting or eliminating new religious movements when they do not align with their political interests which is to maintain themselves in power, at any cost.

In the specific case of religious freedom, it is perfectly understandable that authoritarianism cannot betray its own violating nature. The internal blockade imposed by the national authorities impedes any of the benefits, regarding the exchange of religious materials with the island, that are part of the numerous opportunities offered to Cuba through licenses granted by the Department of the Treasury of the USA.

To show an example that I have personally experienced and which I have every right to speak about, I will refer to things that my church, my family and I have suffered – some of those things repeated in recent weeks:

The worst of all of this is that I am just one, trivial, example and to cap it all off, I am associated with a church that has been legally recognized and registered since 1939, where violations like those I describe, as well as others, are experienced by many of our pastors and churches. This includes properties like the land which, in the past, belonged to our Baptist high school in Yaguajay, which was illegally expropriated by the very authorities. If this happens to us, who at least have legal recognition in Havana, and are associated with the Baptist Convention of Western Cuba, which has been established since 1905, what happens to the hundreds of groups who for years have existed on the island without legal recognition? Among those, I would like to highlight egregious cases like that of the apostolic groups and that of the Berean Baptist Mission, whose leaders and members are constantly subjected to all kinds of harassment.