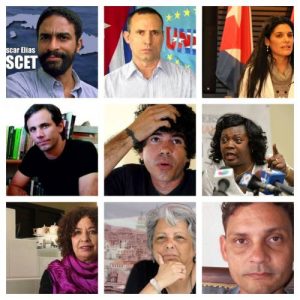 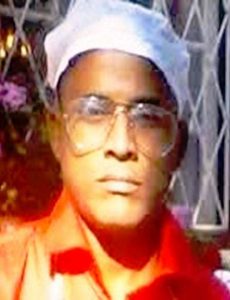 Far from improving, the situation has worsened throughout the year. Last August 9th, Alejandro Pupo Echemendía, age 46, died as a result of a brutal beating by police guards at a police station in Placetas, Villa Clara province. The influential organization Cuba Archive published a special bulletin (see goo.gl/F8ca6f) on Pupo’s case and on the arrest of Yoruba leader Alexei Mora Montalvo, one of the activists who had denounced the extrajudicial execution despite a repressive campaign by authorities to impose silence on this case.

At the time of this writing, the religious leader is in detention for the third time just this month of August, held incommunicado since 11:30 am on the 30th of this month at the dreaded “Unit for instructions” of the city of Santa Clara. His first arrest took place on the 10th, the second one on the 25th –in both occasions Mora was held for over ninety hours and was interrogated, beaten, and tortured with the aim of making him retract his complaints for the murder of Pupo Echemendía. After the second detention, he had been deported from Villa Clara province to his place of residence in Havana.

Among the repressors who have constantly harassed the Free Yorubas of Cuba, and who are now specifically responsible for the life and safety of priest Mora, these stand out: Arturo Montenegro Sotelo, Head of ¨ Confrontations¨ in the province of Villa Clara; Major Eric Francis Aquino Viera, Second Head of «Confrontations»; as well as Lieutenant Colonel Héctor de la Fe and Major Idel González Morfis.

Mora Montalvo’s position as a religious leader regarding Pupo’s murder is consistent with a religious faith that does not turn its back on its own people, one that should be a fundamental element of all beliefs, regardless of religious denomination. We hope that you will support the dignified position of this man of faith.